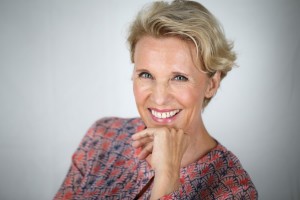 I was born in Den Helder as a daughter of a marine. As my father was often away from home as a marine my mother and my three sisters tried to make the best of it by singing all the time.

At the age of five I knew almost all Beatles songs by heart phonetically. Music and singing have always played an important role in my life. Acting has also been something I started at a young age.

After I finished the HKU University of the Arts in Utrecht, I played in several theatre productions, in one musical and appeared as a guest actor in television series.

As an actor and singer you must have good diction and timing, and be able to use language playfully. This of course all benefits my work as an all-round voice actor!

Qualifications and other work

Grammar School HKU University of the Arts Utrecht Graduated in 1984

1996 – present Actor/trainer/senior role play actor for companies and organisations, as well as day’s chairman and presenter. Also in English and German. Actor for photo shoots.